We touched on this in our overview article “How to find the best e-bike app for your needs”: Most apps for e-bikes on the market come from e-bike or motor manufacturers.

Mahle has also recognised the trend towards networked e-bike solutions and the smartphone as a display replacement. The My SmartBike app is intended to serve this trend.

In this article, you will get an overview of Mahle’s concept and the functions of the My SmartBike app. We will also take a look at how the app performs in practice and what you can do instead if it doesn’t convince you.

The manufacturer – a few words about Mahle and Mahle SmartBike Systems

The German company Mahle is primarily an automotive supplier. With Mahle SmartBike Systems, the group has been serving the e-bike market for some time now – and with great success. In spring 2022, the Spanish-based manufacturer presented what it claims is the lightest e-bike drive system in the world. The X20 weighs just over 3 kilograms including the battery and uses artificial intelligence to customize e-bike performance by adapting the motor assistance to individual needs.

In this article, we focus on the My SmartBike app.

The app concept at a glance

The Mahle SmartBike app is available in the Google Play Store for Android smartphones and in the App Store for Apple devices. Detailed information regarding the routes ridden can also be viewed on a web app interface.

As far as functions are concerned, Mahle relies on minimalism in its new app. This also applies in comparison to its predecessor, the Ebikemotion app.

Functions of the Mahle SmartBike app

If you connect your smartphone to the drive of your e-bike via the Mahle app, you can view data such as speed, battery status or assistance level on your smartphone. And all of this data can be also viewed via the “new range extender screen” on the web app.

Customizing settings on the drive

You can customize motor maps as well as configure motor maps, and thereby adjust the support to your needs.

If you connect a heart rate monitor to gather health-related data, the support level and heart rate can be adjusted to each other. This means that as soon as the heart rate exceeds a certain range, the motor power is increased.

After a tour, you can analyse your performance with the help of the key data collected by the app. The best place to do this is the app’s web interface where you can upload automatically all the key data – with the option of graphically comparing data. After logging in, you can export routes to Strava and share your activities with friends.

Have you forgotten where you parked your bike? You can use the Mahle SmartBike app to find your bike location. (But keep in mind that this function might significantly decrease battery life of your smartphone – so use it wisely.)

Important note: The localisation function is not comparable with the real-time tracking of e-bikes for theft protection offered by GPS trackers.

How good is the app in practice? – Reviews

Good e-bike apps are not primarily defined by their range of functions or by the most important app features. It is much more important that an app works reliably in practice, starting with the set-up and communication between the app and the e-bike. However, it is risky for a manufacturer to replace an app with one that is significantly less powerful. Many users criticise in particular the fact that the My SmartBike app, unlike its predecessor, no longer has a navigation function.

In addition, there have been connection problems, faulty displays and system crashes until recently. Overall, e-bike riders give the app a damning report card. 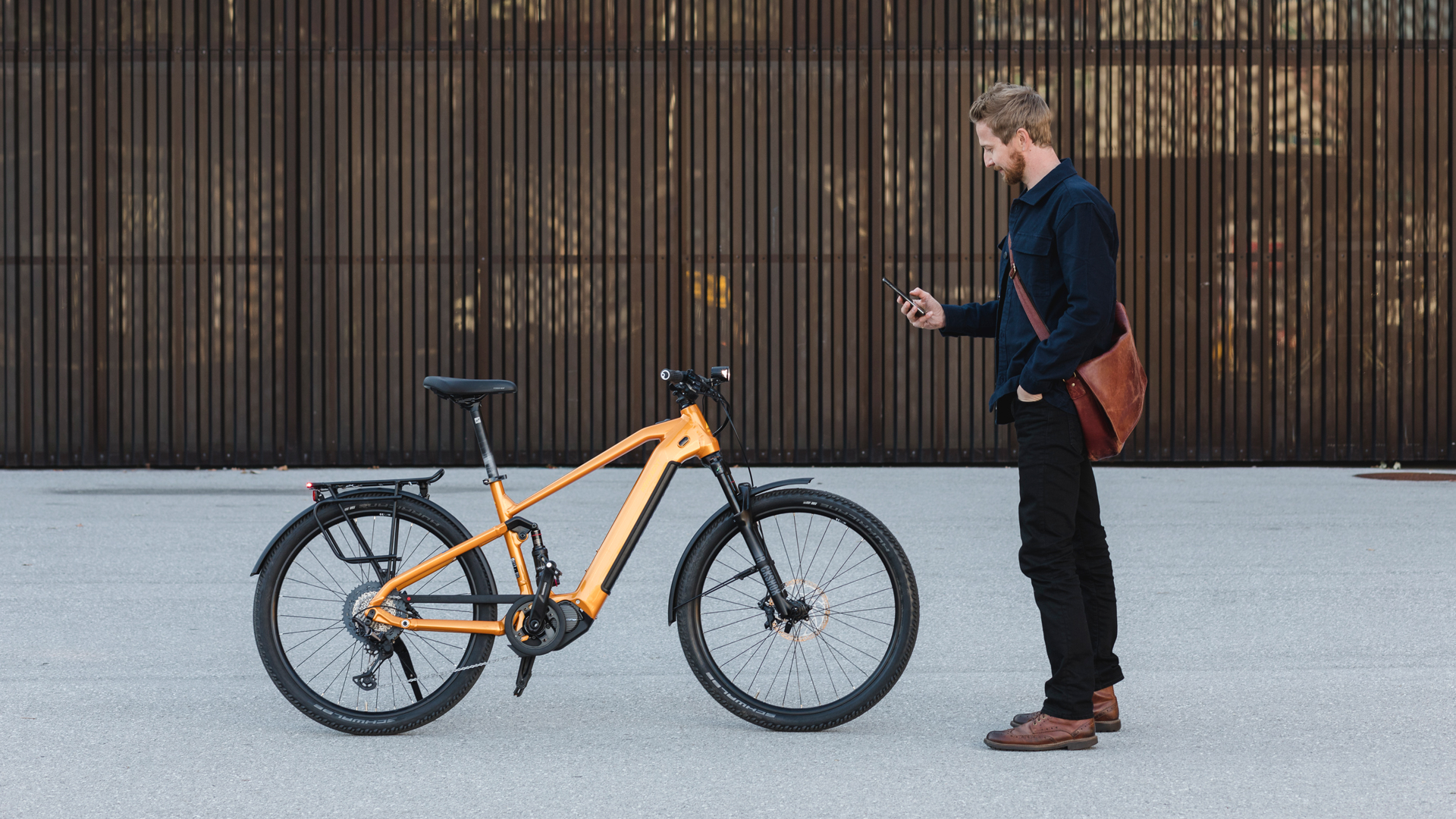 Mahle’s My SmartBike app is unfortunately disappointing in terms of both functionality and quality.

Alternatives to the Mahle app

As far as apps are concerned, most e-bike owners currently have no choice. There are very few apps from independent developers, even though they often offer better performance than the manufacturer’s products.

Even if you own an e-bike with a Mahle drive and want to use your smartphone as a bike computer, your only option is the My SmartBike app.

But wait, there is an app that works across systems. What’s more, it combines route recording functions with the best anti-theft protection currently available for e-bikes.

Whether Mahle, Bosch or any other brand, the “duo” consisting of the PowUnity App and BikeTrax GPS tracker works across different motor systems.

Once the GPS tracker is installed inside your e-bike drive, you benefit from highly effective theft protection:

The PowUnity app automatically records all your routes. You can analyse them, share them on social media and export them to apps like Komoot and Strava.

In 2023, our app will be upgraded even more. You will be able to use the PowUnity app as an e-bike display, view performance data such as speed and battery consumption or plan services in the maintenance area. This also applies regardless of the motor of your e-bike.

And to e-bike manufacturers who cooperate with PowUnity, we offer a white label solution for the PowUnity app.

Mahle SmartBike Systems enjoys a great reputation as a manufacturer of innovative e-bike drives. Unfortunately, the MySmart Bike app is not one of the manufacturer’s successful innovations.

This starts with the fact that the range of functions is surprisingly limited compared to the previous app. Although you can evaluate a range of data on routes ridden on the desktop, you have to switch to another service for navigation. The insufficient performance in practice weighs more heavily. However, there is a hope that Mahle will be able to improve this in the near future and fix serious shortcomings such as connection problems.

For customers looking for an alternative, the PowUnity app and the BikeTrax GPS tracker offer a solution for efficient theft protection and seamless live route tracking that works across different e-bike systems. From 2023, you will even be able to use this solution as a replacement for a bike computer and record a wide range of parameters on your smartphone.