Skip to content
In our overview article “How to find the best e-bike app for your needs” we mentioned that the smartphone, in combination with suitable apps, is becoming increasingly important as the control centre of e-bikes. After all, it is extremely powerful and offers a wealth of options for an optimal riding experience. And the truth is that no e-bike display can keep up with that.

Therefore, we have no doubt that in relatively near future, the days of the e-bike computer will be numbered.

But the time has not yet come. If you buy an electric bike, it usually comes with a display. And just as the e-bikes differ, so do their on-board computers. But what are the most important differences, which brands and models are particularly interesting and what options do you have?

Despite all the differences, e-bike displays share the following characteristics:

Important note: It is not easy to quickly change the display on an e-bike. This is because the drive and bike computer are linked to each other. With a Bosch e-bike, you can switch between different Bosch computers. However, you cannot simply switch to a Yamaha control unit because you like it better. This means that when you buy a bike with motor assistance, you decide in favour of displays from one manufacturer.

There are no official display categories for e-bikes, but based on the current models, the following groups can be identified:

Alternatively, you can do without an e-bike computer and use your smartphone, not only for navigation, but also, for example, for settings on your e-bike. However, this option still suffers from the poor quality of many e-bike apps – but more on this later.

Important features of an ebike display

What an ebike display must be able to do depends on you. If you use your smartphone for navigation and fitness data anyway, a computer on which you can read the charge level and switch to another riding mode is sufficient. However, the situation is different if you don’t want to have a mobile phone on your handlebars.

Important features and functions are as follows:

The range of what e-bike displays can do is therefore large. This can be also seen when we look at the range of individual brands.

Overview of leading brands and their e-bike displays

Depending on what kind of drive your e-bike has, the display comes from a different brand.

The following manufacturers are currently among the most important:

The name Bosch does not only stand for high-quality drives. The company has also produced a wide range of Bosch ebike displays. They range from the simple Purion to the fully networked on-board computer with built in navigation system to solutions for the smartphone.

In addition to these displays, Bosch 2022 offers several smartphone solutions for e-bikes. These include COBI.Bike, SmartphoneHub and Smartphone Grip. The principle behind this: You connect your smartphone to your e-bike via an app and the respective mount. The mobile phone becomes the central display.

Brose currently offers three displays that fit every Brose drive and can be retrofitted. In terms of their functions, they are much more minimalist than the competing products from Bosch:

Yamaha keeps the names of its displays short.

Shimano is also one of the famous names in the bicycle and e-bike sector. The company currently presents the following e-bike displays:

On-board computers from Giant can be divided into two groups:

In addition to the displays mentioned, there are a number of others from brands such as Fischer, Panasonic or Fazua. However, the above examples already give a good impression of the different designs and functions you can expect from a modern bike computer.

Tip: Be careful when retrofitting

Sometimes you are not satisfied with the display of your own e-bike or a defect makes a change necessary. In such cases, it is a good idea to upgrade to another model.

This is not as easy as it sounds. There are two main restrictions to consider in this context:

We therefore recommend that you inform yourself before changing the display and ask again before you have an on-board computer and an e-bike that do not fit together.

Riding an electric bike without a display: is that possible?

The answer is “Yes, but not yet as good as it could be”.

In more detail, this means that most modern e-bikes have a Bluetooth interface that allows you to connect your smartphone to the bike. In addition, more and more e-bike manufacturers offer their own apps that you can use to access your bike and, for example, change the support. A traditional display with a large screen is then not necessary anymore.

And is it not the case that your smartphone is the more powerful bike computer anyway?

Unfortunately, mobile phones can’t yet really make the most of their possibilities as e-bike control centres. This is primarily due to the fact that the apps of most manufacturers don’t work well enough. Since there are no interfaces for developers of third-party apps, the alternatives are also often lacking.

The PowUnity BikeTrax GPS tracker, together with the PowUnity App, is currently one of the leading e-bike anti-theft solutions. However, PowUnity is taking its connected e-bike product to the next level with an enhanced PowUnity e-bike app – for the benefit of BikeTrax users and e-bike manufacturers alike.

Thanks to the new app, BikeTrax users will not only be able to protect their e-bike from theft, but also use their smartphone as an e-bike display. All services will then come together in one place – from e-bike control and ride statistics to automatic maintenance and service plan, and much more. The connection of the PowUnity BikeTrax GPS tracker to the CAN bus of the e-bike will also allow managing further control functions of the e-bike via one app.

We offer e-bike manufacturers a white-label solution of the PowUnity e-bike app, including a dashboard that shows the use of their e-bikes in various parameters – with no development costs for the e-bike app.

You can find out more about the potential of your smartphone as an alternative to the traditional ebike display and what needs to happen so that you are able to use this potential in our article “Use phone as bike computer – why your smartphone is the best e-bike display”.

In conclusion, it can be said that the traditional e-bike display still plays an important role on the market. Accordingly, there are many different models from well-known manufacturers. However, the trend is clearly moving towards smart solutions for networking with smartphones.

The fact that these new solutions are sometimes quite expensive for manufacturers as well as end customers, as is the case with Bosch, is more than a downer. 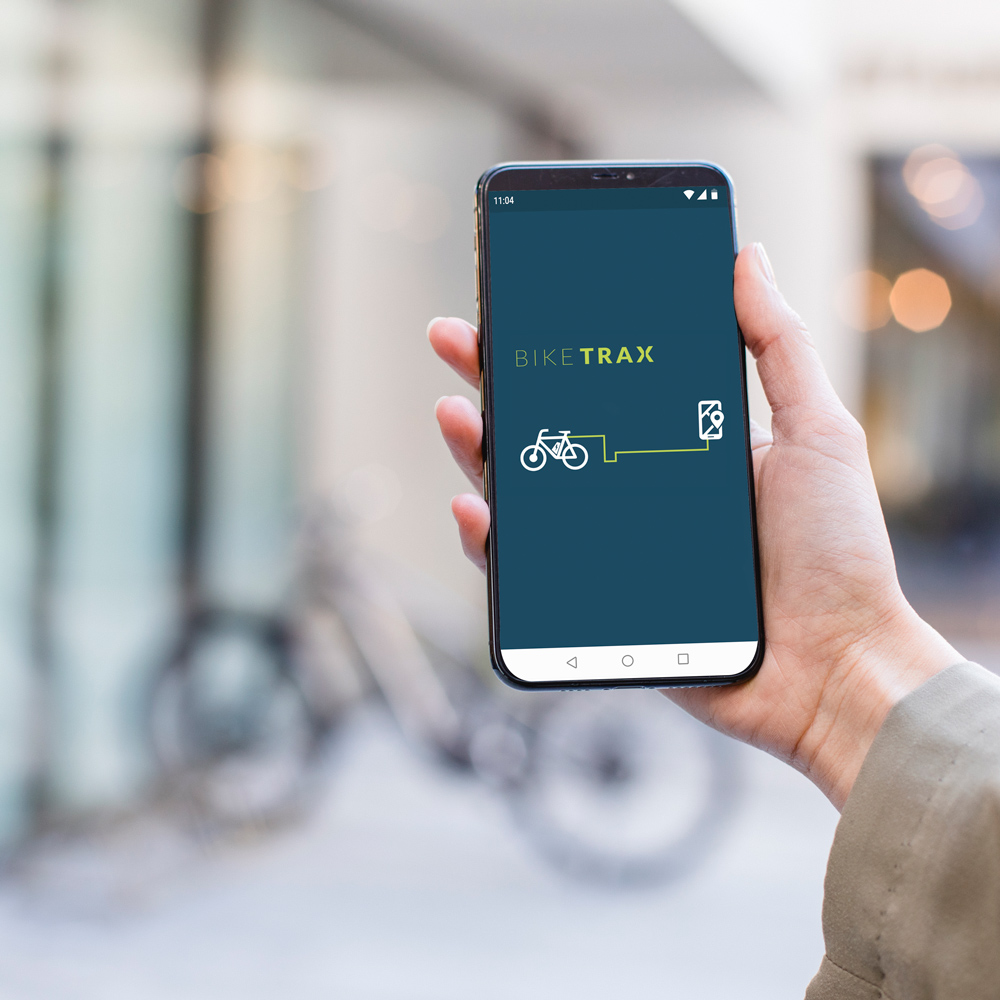 If you are interested in your own e-bike app that connects you directly with the customer without depending on third parties or despairing of development time and costs, then PowUnity is the right choice for you.

Get in touch with us!